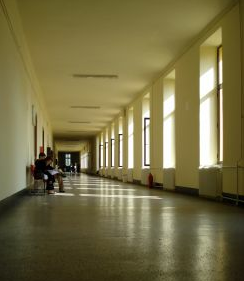 Expats moving to Bulgaria need to be aware of the state of the healthcare system and consider private insurance.

Since becoming a member of the European Union in 2007 Bulgaria has featured more regularly on the expat radar. Ski resorts, beaches and low property prices have fuelled an influx of expatriates from the EU and beyond. While the cost of living may be low, when it comes to healthcare, Bulgaria leaves some things to be desired.

For expatriates, private healthcare is recommended in Bulgaria as private facilities are of a much higher standard than state ones. Since becoming a member of the EU, all EU citizens with health insurance in their home countries are entitled to free or reduced-cost healthcare in Bulgaria.

Since 1999 Bulgaria has been reforming its healthcare system from the old soviet-era model to a more modern one. There is a mandatory employee health insurance programme which, since 2000, has been paying a gradually increasing proportion of primary heathcare costs. Since its introduction however, the amount contributed by employees has nearly tripled.

For unemployed people, children, the elderly, students, soldiers and civil servants the state should pay health insurance. In general this doesn’t happen. In July 2010, the healthcare budget was cut by 22.7 percent. With the government failing to make payments into the insurance system, more and more people are required to pay costs for medical treatment and drugs.

If you don’t have private insurance and use a state run facility you may be required to make an “unofficial” payment before you receive any treatment. Another crisis with the healthcare system in Bulgaria is the shortage of qualified doctors. In 2008, 380 doctors left the country, in 2009 400 more moved abroad and in 2010, 500 left.

In 2010 the Bulgarian Doctors Union reported a marked decrease in the number of virologists, rheumatologists, infectious disease specialists, allergists, and even general practitioners. There are similar trends among nursing staff.

While Bulgaria may still be attracting expats to buy holiday homes and potentially relocate to the country expats need to think carefully about healthcare options. For expats intending to live permanently in Bulgaria, private international healthcare is almost an essential item.