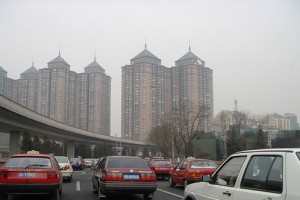 Some expats are paying nearly 50% of their salaries into China's social insurance system.

One of the top stories in expat-dom over the last year has been changes to China’s social welfare system. Specifically, the amount expats and employers must pay into it. Put simply, the new rules are eating expats’ salaries alive.

Starting in 2011, all 200,000+ foreign workers were required to pay into China’s public health, unemployment and pension systems. This has triggered a massive cost burden on both individuals and businesses. According to an article by the University of Pennsylvania’s Wharton Business School, some expats are now required to “contribute” nearly 50% of their salaries (!).

The Wharton piece is one of the first to take a comprehensive look at how the new rules are impacting expats and their employers. It found significant variations in how the law has been applied across individual Chinese provinces. In some employers must make a contribution equal to 31% of their employees’ salaries. In others it’s 37%. For individual expats the rates vary from 8-11%. On top of that it’s tough to tell who exactly is liable for the tax, as expats whose countries have bilateral tax treaties with China are technically exempt.

But the main objection from expats is they are making contributions toward government services they neither want nor need. The Wharton post quotes Jon Jonasson, who runs an online gaming company in Shanghai, as saying:

If you’re a foreigner here and you lose your job, you lose your visa and have to leave so unemployment wouldn’t be collected. Second, most of my foreign employees have their own health insurance and don’t want to rely on the medical service, which they find is not up to their standard.

It also points out that while developed countries like the US and UK require foreigners to pay into social welfare systems, the contributions aren’t nearly as high. In the US expats pay 15% or less into Social Security and Medicare. Expats in the UK just under 20%. In Shanghai, the figure is 48%!

So a number of companies have opted to fight the Chinese taxman by simply not paying–hoping that either enforcement will be lax or the rules will be amended. But the government doesn’t show any sign of changing course. It has promised penalties of 100-300% on unpaid or underpaid liabilities.

Frankly the situation in China is a mess. In our opinion the Chinese government should at least be standardizing contributions across the country. One the biggest problems facing expats and their employers is uncertainty regarding how the law will be enforced going forward. And ironically this may be the easiest to fix, at least from a policy standpoint.