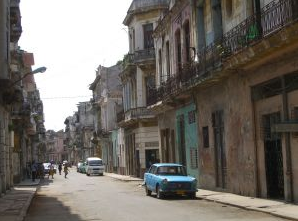 The risk to travellers going to Cuba from the recent cholera outbreak is considered low.

Cuba faced a cholera outbreak in 2012, for the first time in 150 years. In July 2012 the European Centre for Disease Prevention and Control (ECDC) assessed the risk to European travellers as low.

As of 14 January 2013 there have been 51 recorded cases of cholera in the capital Havana. These confirmed cases raise the risk of European travellers contracting the disease due to the increased number of cases being found in the capital, a tourist hot spot. At the end of 2012, the cumulative number of cases found on the island had reached 500.

The overall risk should still be considered low, but it has increased due to the widening geographical area affected by cholera and the number of cases seen in Havana. The Cuban government is taking steps to improve awareness among the population, improve sanitation conditions, water treatment and provide clinical care.

People travelling to Cuba, Haiti and the Dominican Republic should take additional hygiene precautions and be aware of the risk. Consult with your doctor if you aren’t sure of your personal risk.

Take these simple precautionary measures if you are travelling to an area where cholera is or has been present:

The risk of travellers catching cholera is very low. Contact with infected people is unlikely to spread the disease, it is mostly caught from eating food and drinking water infected with the cholera bacterium.