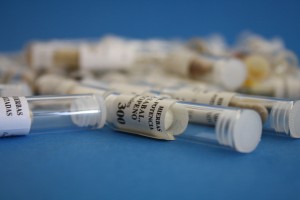 One person has been left brain-dead and five more people are in hospital following a medical trial in France.

On Friday 15th January the news broke that one person had been left brain-dead and another five people had been admitted to hospital after a medical trial for a new painkiller went disastrously wrong.

The health minister, Marisol Touraine, has confirmed that the six took part in an oral medical trial conducted by a private European laboratory in Rennes, a city in the North West of France.

French media have been claiming that this painkiller was cannabis-based, but this has been denied by the French health ministry.

How do clinical trials work?

When a clinical trial takes place, there are usually three phases which are implemented in order to assess the safety and effectiveness of the new drug. Clinical trials can last for a number of years and thousands of volunteers are involved in the process.

Tragically in this case, the drug was only in phase I when the side effects became apparent. It is thought that other volunteers were involved. The trial has been suspended and the Ministry of Health is trying to track down all volunteers that were involved.

If you are an expat living in Rennes, Brittany and you have been involved in any clinical trials, it is advisable that you seek medical advice as soon as possible.