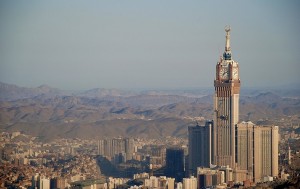 The Cooperative Health Insurance Council in Saudi Arabia is urging all businesses to abide by the law and provide health insurance for expat employees and their families.

Ibrahim Youssef Al-Raml, a member of the insurance committee at the Jeddah Chamber of Commerce and Industry, said: “There are some private firms that have not yet implemented the new decision to provide medical insurance to the families of their expatriate staff. This medical insurance is required to renew iqamas (identity cards).

The new laws require all private companies to provide health insurance to expat employees, and their dependents. Al-Raml added: “The medical insurance is required for all expat workers arriving in the Kingdom, according to new requirements and procedures which have been published on the passport department’s website.”

The Saudi government has recently licensed many insurance companies to meet the growing demand in the sector, particularly for health insurance. The health insurance market has seen a recent boom as clinics and hospitals are being opened and existing ones expand their capacity.

All private businesses must provide medical insurance for their expatriate workers and families by next month, the Health Insurance Council had decided. “The insurance coverage must be given to all workers irrespective of the salaries they receive,” the council stated.

There are some exceptions to the new coverage rules. It will not cover children of Saudi women married to foreign men, nor will it include foreign wives of Saudi men. Currently around two million Saudis get insurance coverage.

Most companies now provide medical insurance for their employees and their families, reported Arab News previously. Once the Saudi government provides insurance for all Saudis, the market, already worth around SR25 billion, will double, according to a senior insurance executive.

He went on to say the maximum coverage per person would be increased from SR250,000 to SR500,000 from July 2014. “This will naturally increase premiums by 25 to 35 percent,” he said. Some companies have already increased premiums by 5 to 15 percent due to inflation and the rise in medicine prices.