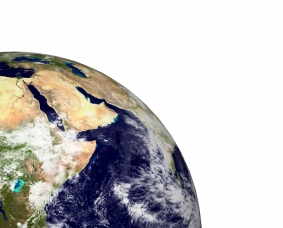 An man living in Saudi Arabia has become the first expat victim of the novel coronavirus.

An expatriate living in Saudi Arabia has died of the Middle East respiratory syndrome coronavirus (MERS-CoV) reports Arab News. The victim was living in the central province of Qassim and was the first non-Saudi resident to die of the virus in the Kingdom.

This fatality brings the total number of deaths to 17 in Saudi Arabia. Globally there have been 44 laboratory confirmed cases of the disease and 22 deaths, including two men in France and one in Tunisia.

The World Health Organisation (WHO) released a statement saying “the patient was a 63-year-old man with an underlying medical condition who was admitted to a hospital with acute respiratory distress on 15 May 2013 and died on 20 May 2013.”

The Ministry of Health (MOH) in Saudi Arabia said the man was a Syrian living in the region. This case is said to be unrelated to the cluster of cases reported in Al-Ahsa, in the east of the country.

The authorities are continuing to investigate the outbreak which began in a healthcare facility in Al-Ahsa in April. There have also been confirmed cases in Jordan, Qatar, and the UAE.

The illness has spread to the UK, France, Germany, and Tunisia. These cases have either been found in people recently returned from the Middle East, or through transfer of care.

Saudi Arabia remains the centre of the MERS-CoV outbreak, WHO scientists are working to pinpoint the precise origin and how it is spread.

This latest virus is in the same family of respiratory illnesses as the SARS virus which started in Asia in 2003. The SARS outbreak caused 775 deaths worldwide with a total of 8,273 cases reported.

WHO is warning healthcare professionals to be vigilant and reminding facilities of infection prevention and control measures.