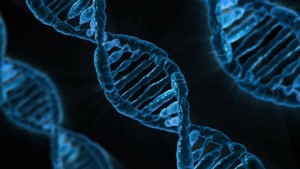 The HFEA have given the go ahead for the first gene editing trial of its kind to be conducted in the UK.

This is the first time that any form of “gene editing” of DNA in embryos has been approved in the world.

Although it is illegal to implant the modified embryos into a womb, there are fears that this research could lead to the first Genetically Modified (GM) or “designer” babies.

The purpose of the research is to find out which genes are needed in the DNA structure in the early stages of fertilisation in order for an embryo to successfully develop into a healthy fetus.

The research will be lead by Dr Kathy Niakan who has spent a decade specialising in human development in the womb. “The reason why it is so important is because miscarriages and infertility are extremely common, but they’re not very well understood.”

The DNA is incredibly active in the first seven days after fertilisation. Each gene takes on various “roles” i.e. some go on to form the placenta, some the yolk sac, while others develop into what will later be in the embryo. How the DNA decides which gene should take on each role is still a mystery to embryologists.

Researchers will be altering the DNA in donated embryos which will be destroyed at the end of the seven day period.

By looking at the earliest stages of development, this research will allow us to understand how a healthy baby develops. In turn it will give us a greater understanding of what causes miscarriages and further problems throughout the pregnancy.

It also has the potential to guarantee higher rates of success for couples seeking IVF treatment.

“A future of consumer eugenics”

Dr David King, the director of Human Genetics Alert voiced his concerns over the likelihood of this research leading to the creation of GM babies. This research does indeed touch on sensitive issues: “So this is the first step in a well mapped-out process leading to GM babies, and a future of consumer eugenics.”

The research was approved by the Human Fertilisation and Embryology Authority (HFEA) in the UK, which suggests that the ethical issues have been carefully taken into consideration before the approval was given.

But how can we be sure that decisions made concerning “genetic editing” will always be treated with the same degree of sensitivity if put into the wrong hands in the future? Only time will tell…