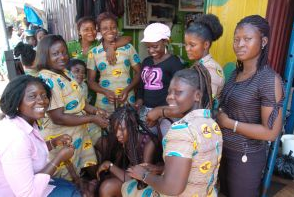 A World Bank study claims the national health insurance scheme in Ghana could collapse in 2013 if reforms aren’t made.

This follows media reports in the country that state the insurance system is on the verge of collapse. A World Bank study, released this month, states: “The system has serious structural and operational inefficiencies and is on a trajectory to go bankrupt as early as 2013.” Critics of the media coverage state the report uses data from 2009 and may not be accurate today.

The report added, that to become sustainable and increase enrollment, more public funds would need to be allocated to the NHIS. Agbebor dismissed the alleged media reportage as inaccurate, as most international organizations were interested in the management of Ghana’s health insurance scheme.

Despite the negative main message of the report, the authors state Ghana’s health financing system is going in the right direction based on international good practices. The findings show the NHIS has reduced the financial barriers to access healthcare and increased utilization.

“Population growth and structural changes will strongly affect Ghana’s health financing needs as well as its ability to meet those needs. Ghana’s population will increase by almost 40 percent by 2030—but the number of people 65 and older will increase by 90 percent,” it said.

The report concluded fundamental reforms will be needed to coverage rules, the basic benefit package, provider payment and cost control. These reforms need to ensure efficient usage of resources and bring expenditures into closer alignment with available resources and Ghana’s economic outlook.