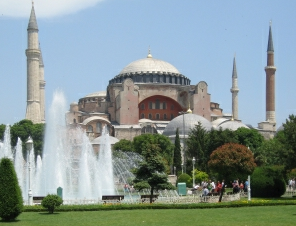 The Turkish healthcare system has improved significantly over the past few decades.

In 2003 the Turkish government announced major health reforms with the goal of bringing healthcare to a greater share of the population. The plans targeted poor, rural areas with limited access to healthcare. As a result of higher spending and the reforms, healthcare in Turkey has improved greatly.

The private health system has improved significantly. This is partly a result of the reputation of state run hospitals for long waiting times and poor personal service. In 2006 there was 1 doctor for every 700 people and one nurse for every 580 people. Between 2000 and 2008 the number of doctors per 1000 people went up by 4.8%, equal only to Ireland in the same period. If this trend continues Turkey will be able to close the gap between the EU average and the current number of doctors available.

Turkey has no national health system designed for expats. In 2010 the government planned to introduce a public healthcare system, however, this was postponed and has gone no further. Expatriates moving to Turkey have two options regarding healthcare, pay for it as needed or take out private medical coverage. The second option is strongly recommended for the 24/7 support that is provided.

“Turkey can now offer excellent healthcare for those living and working there who are adequately insured, particularly in the major cities,” explained David Pryor, senior executive director at MediCare International.

“The standards of diagnosis and treatment in the larger centres are much improved, however the position in some of the remoter areas is more complex and evacuation to an urban centre may well be required.”