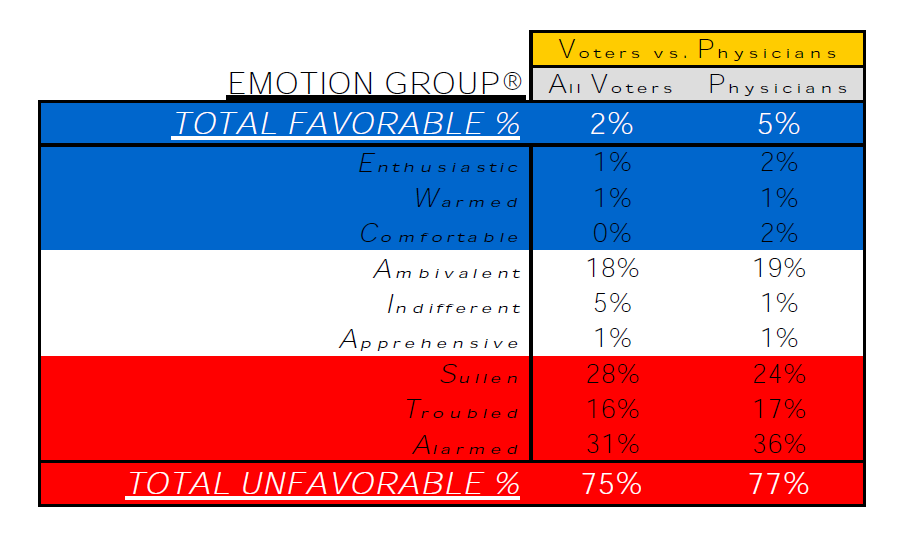 The survey revealed a vast majority of people feel negatively towards the cost of healthcare in the US.

Both physicians and consumers have strong, unfavourable feelings towards health insurers, according to a recent report released by AdSAM®. The survey was conducted online using blogs and social media. It found 61% of consumers and 78% of physicians display negative feelings.

The report entitled “The State of Healthcare in the US 2012”, found 75% of respondents held constant negative feelings towards to cost of healthcare in the US. Both physicians and consumers reported feeling resigned, alarmed or worried about healthcare and health insurers.

This report only covers health insurance companies and healthcare costs in the US. So, what of other countries, are people as negative about healthcare elsewhere in the world?

Healthcare opinion in other countries

Using data from the HSBC Expat Explorer Survey we can rank countries based on the cost, quality and accessibility of healthcare. Countries that scored highest for healthcare costs were France, Belgium, Germany, Spain and Thailand. The bottom five were: Egypt, the UK, the Philippines, Russia and China. The USA came in 12th place.

If we look solely at the quality and access to healthcare the order changes slightly: Germany, Belgium, France, Thailand and Malaysia make up the top five. Somewhat surprisingly the UK came bottom in this category, with the US in 10th place.

Overall, the top countries according to expats using the categories of cost, quality, access and organisation of healthcare the top five are:

The five countries which scored the worst in these categories were Turkey, Egypt, Russia, China and the UK. Overall the United States was ranked 13th out of all the countries studied.