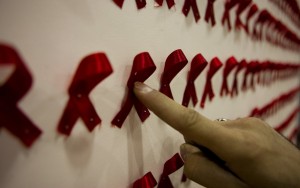 The governor of Indiana, Mike Pence, is expected to announce a public health emergency in Scott County, a county in the south of Indiana. In the last 26 months at least 72 cases of HIV have been detected in this area with the numbers expected to rise to at least 100. Compared to the yearly average of 5 cases, this amount is alarming.

The high number of cases may be due to a large flare-up from intravenous drug use. In an attempt to reverse this steep increase, Mike Pence has temporarily suspended state law and his own anti-drug policies in order to carry out a needle-exchange program for a short period of time. This social service allows drug addicts to obtain clean hypodermic needles and other equipment mostly for free. These programs used to be illegal in Indiana.

ART (antiretroviral therapy) is a combination of at least three antiretroviral drugs (ARV) used to control the HIV virus. The drugs cannot kill or cure the virus, but can significantly decrease the speed at which it spreads throughout the cells in your body. Although ART can reduce the risk of contracted HIV through transmission, it is still essential that you always use condoms during sex.