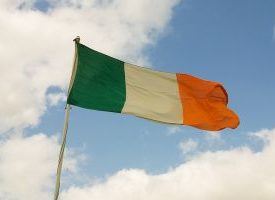 According to the Dutch Healthcare Performance Report, Dutch households spend up to a quarter of their income on mandatory health insurance. The report was of particular interest in Ireland, where the Minister for Health, Dr James Reilly, plans on introducing a similar universal health insurance (UHI) scheme.

A Dutch family with a combined income of under €50,000 a year were paying almost €11,500, or 23.5 percent of their income, on health care in 2012. The analysis, commissioned by the Dutch Ministry of Health, detailed how much people were contributing and where the money was spent.

The Irish government last week published a White Paper on the proposed universal health insurance which is to be based on the Dutch model. The paper claims UHI will not be more expensive than the current two-tier system it is due to replace in 2019.

The White Paper suggests premiums would be less than the average €920 paid by individuals in private health premiums in 2013, though it isn’t possible to say what average premiums would be for sure, reports the Irish Times. Critics, and the Department of Public Enterprise, suggest premiums could be more than €1,600 a year for UHI in Ireland.

The Dutch model requires all residents to have health insurance. There are two types of coverage, Algemene Wet Bijzondere Ziektekosten (AWBZ) which covers long-term nursing and care and Zorgverzekeringswet or ‘basic insurance’ which covers other common care. While the Dutch government automatically provides residents with AWBZ, everyone must take out their own basic insurance policy. Children under 18 are automatically insured on their parents’ plan.

The Netherlands’ expenditure on health as a percentage of GDP is 12.1, based on data from 2009. This is second only to the USA (17.4%) and the highest in Europe. Unlike the U.S. however, the Dutch health system is generally seen as excellent, and according to the 2012 Euro Health Consumer Index it is the best in Europe.

The Index said, “the Dutch healthcare system does not seem to have any really weak spots, except possibly some scope for improvement in waiting times.” It came top in the Range and Reach of Healthcare Services category. Health care spending has doubled in the last ten years, from €47 billion in 2000 to €90 billion in 2011. Though was predominantly (50%) due to greater investment in technology, more treatment options and a greater number of patients, according to the report from the Dutch Ministry of Health.

While the Irish UHI system won’t be identical to the Dutch one, the Netherlands appears to be doing something right when it comes to healthcare, and with public perception of healthcare in Ireland more negative than positive, perhaps this system reform has come at the right time, with Dr Reilly promising “everyone will be a winner” under the new system.