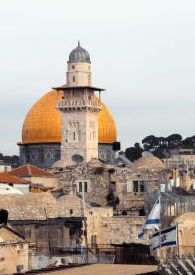 Israel’s spending on health care is falling behind the rest of the Western world.

According a recent study, Israel is falling farther behind the western world in the amount of money it allocates to health care. The study, from the Central Bureau of Statistics, showed Israel’s annual spending per capita is lower than most OECD countries, at US$2,046.

Last year, health care spending in Israel reached NIS 67.4bn, up 4% from the previous year. Of that sum, 62% remained publicly funded and 38% was privately funded. In this case health care is defined as all services provided by clinics, hospitals and private medical facilities, dental care, medicines, medical devices, publicly funded research and administration and investment in facilities.

In 1995 Israel introduced the National Health Insurance Law which made health insurance mandatory for all Israeli residents. Since then spending on health services has fallen to among the lowest in the Western world. The average spending for OECD countries has risen steadily from 7.5% of GDP to 9.4% in 2010. In Israel meanwhile, it has remained fixed at 7.7%. This is behind 27 other member countries and only higher than six, including Mexico, Estonia and Turkey.

At US$2,046, Israel’s per capita spending is similar to South Korea and Slovakia and lower than most OECD countries. The U.S. is ranked at number one in terms of per capita spending at US$8,233. The Central Bureau of Statistics did point out the figures do not take into account factors such as, age distribution or the structure of the health care system.

“The indicators pointing at system-wide problems in recent years remain,” Bin Nun said. “The most critical of these is the level of private funding – which is among the highest in the Western world,”