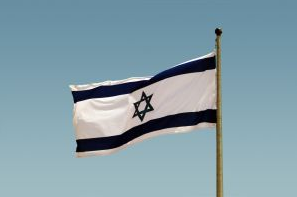 A report by the OECD has found the health care system in Israel is one of the best in the world.

An international team including OECD and external experts has concluded that Israel’s health care system has become one of the best in the world since the introduction of the National Health Insurance Law in 1995. The team visited Israel’s five biggest hospitals, community health fund clinics and a baby care clinic in a Bedouin town.

The report, officially released in November, found Israel’s health system is especially good at the early detection of chronic diseases which helps prevent unnecessary hospitalization. An example of this is the way diabetes is being diagnosed early. This is lowering the rate of complications which would require hospitalization compared with OECD rates.

The Israeli government spent relatively little on healthcare during years of tight cost control. The demand was also relatively low due in part to a young, healthy population. Despite low levels of funding the government was able to build an efficient, high-quality health care system, the OECD said.

The quality of healthcare in Israel has also benefited from an influx of immigrant health workers from the former Soviet Union in the early 1990s. As these professionals are beginning to retire Israel needs to ensure a good supply of young nurses and doctors for primary care purposes, recommended the report.

The report wasn’t all positive however. The team found gaps in the quality of healthcare between the rich and poor and different ethnic groups. Israel will need to make an extra effort to ensure greater equality and accessibility. The OECD also expressed concern about the growing use of private medical care which makes it harder for poorer people to access affordable care.

Deputy Health Minister Ya’acov Litzman has welcomed the report and has said he will ensure measures are taken to improve on the points made in the report.