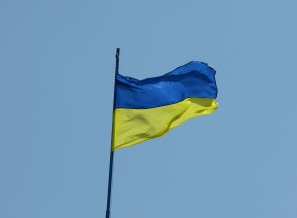 Low vaccination rates in the Ukraine are increasing the risk of a polio outbreak, says WHO.

Though Ukraine is one of the best developed countries of the 15 republics of the former Soviet Union, it has the lowest vaccination rate. A combination of suspicion, funding problems, alleged corruption and inefficiency are to blame, according to an AP article published last week.

Only around half of Ukraine’s children are fully immunised against polio, measles, rubella and other vaccine-preventable diseases. This is despite a government policy calling for free universal childhood vaccinations. The figures in Ukraine contrast sharply with a vaccination rate of 90% or more in most Western European countries.

Ukraine encourages vaccinations by requiring a vaccination certificate to be produced for entry into public schools. However, parents who refuse to immunise their children simply obtain fake certificates.

The high number of children who aren’t immunised against measles has seen cases of the disease skyrocket in recent years, from around 40 in 2010 to 13,000 last year.

The World Health Organisation also warns of the risk of a polio outbreak in the country. Only 74% of the population is vaccinated against it, compared with 93% in the U.S.. To improve preparedness the Ukraine last month hosted a WHO-led training exercise where health workers worked out better ways of diagnosing, treating and isolating polio cases should an outbreak occur.

Ukrainian health guidelines say children should be vaccinated against 10 infectious diseases. UNICEF estimates that full compliance declined from 70-80 percent in 2008 to about 50 percent in 2012. The Health Ministry disputes those figures, with Health Minister Raisa Bohatyryova estimating coverage at 60-70 percent.

“Ukraine is a high-risk country for communicable diseases because the immunization coverage rate, especially among children, is very low,” said Yukie Mokuo, UNICEF’s representative in Ukraine, adding that the rate resembles that seen in destitute sub-Saharan African countries.