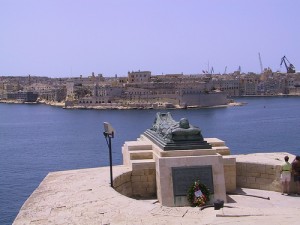 Malta’s Ministry of Health, the Elderly and Community Care will implement the EU’s directive on cross border healthcare by October 2013, according to a recent Health Ministry statement. The island nation is working to comply with a court decision ordering it to inform the public of its publicly funded healthcare package (the information has been available online since October 2010 and is updated regularly).

The Ministry statement said the directive

stipulates that patients will pay for the full cost of treatment conducted abroad and be reimbursed the amount it would cost Government to carry out the procedure in Malta. In doing so, the patient will fork out the difference between the cost of their treatment abroad and the cost of the same procedure in Malta. To make use of this service, prior authorization will still be necessary for specialized investigations and interventions and for care involving an overnight stay in a hospital. Additionally, procedures will only be rendered eligible for reimbursement if they form part of Malta’s publicly funded package of health care services. This will provide a clear legal framework to deal with requests for treatment overseas.

Malta’s health system had come under fire for long wait times and an alleged hesitancy to send patients abroad fro treatment. This, critics argued, was in violation of EU regulation 883/04, which grants patients the right to seek treatment abroad if they cannot receive it in their home country within a “medically justifiable” time frame.

government policy is directed towards treating Maltese patients in Malta. This policy approach is based on the experience gained through Malta’s National Highly-Specialised Referrals Programme, which sends patients requiring specialised treatment not available in Malta but covered by Malta’s publicly funded health care package for treatment in the United Kingdom. The patients who have undertaken this treatment have expressed their preference to being granted their treatment locally as far as is possible.

A popular criticism of the EU’s cross border healthcare initiative is that patients from countries with overtaxed or ineffective health systems will clog the public health systems of their neighbours.