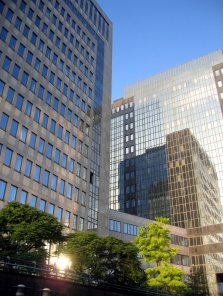 A new law makes health insurance compulsory for all workers in the emirate.

A new law has made it compulsory for all companies to provide health insurance for employees in Dubai. The new plans which will be introduced over the next three years will mean all companies must provide at least an “essential benefits package” for employees.

The Health Insurance Law, passed this week by Sheikh Mohammed bin Rashid, Vice President and Ruler of Dubai, has been widely applauded by the medical industry.

“I think the insurance scheme is a giant leap forward for the country,” David Hadley, chief executive of health provider Mediclinic Middle East told The National. “It is going to give greater access to affordable healthcare for more people.”

The government will remain responsible for local citizens, who are estimated to make up less than a fifth of the population. Official estimates say only 40-50% of Dubai’s population are currently covered by private or state health insurance.

Insurance companies will need to acquire a special permit from the Health Authority to issue insurance policies. While it isn’t certain how much the new policies will cost companies, Arab News reported Dubai-based Arqaam Capital estimates patient claims in Dubai will more than triple by 2016 to AED4.8 billion ($1.3 billion) from AED1.3 billion a year today.

David Hadley went on to say that the increase in the number of people who had access to healthcare would mean greater investment in the industry.

“Mandatory health insurance is going to raise the number of people who have access to health facilities. This, in turn, will encourage more people to invest in healthcare facilities,” he said.