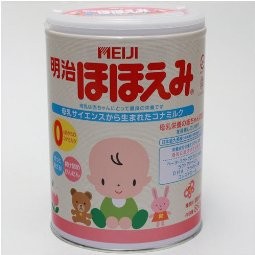 400,000 cans of powdered milk for babies have been recalled for containing radioactive cesium.

You may want to think twice about feeding your baby Meiji powdered milk. Yesterday the Japanese company announced some 400,000 cans of its STEP powdered milk for infants had been contaminated with cesium radiation.

Cesium is poisonous enough that scientists say it would be effective in a dirty bomb. Though the amount of cesium found in the milk was within Japan’s legal limit, the company decided to recall it anyway.

Powdered milk is the latest radioactive food to come out of Japan after the Fukushima nuclear disaster (contaminated beef and rice were found earlier this year). The announcement parked a flurry of investigations in nearby countries.

Today in Hong Kong Dr. York Chow, Secretary for Food & Health, announced the Centre for Food Safety had screened some 140 samples of powdered milk from Japan–49 from the Meiji brand. It did not find any trace of radiation.

We are continuing to check milk samples for radiation, and are also checking the batch numbers to make sure we have not imported any of the contaminated milk.

A similar announcement was made in Taiwan, where officials said all 9 shipments of STEP milk brought in since the Fukushima disaster were radiation free.

Despite the food-related hysteria, however, radiation poisoning from Fukushima has generally been less severe than expected. Only six plant workers received more than the lifetime legal dose of radiation. Local deaths from radiation exposure could eventually total anywhere from 100 to 1,000, numbers much lower than originally projected.

Unfortunately it will probably be impossible to ever know for sure how many people suffered health effects because of radiation released from Fukushima. Most people were exposed to such small doses they are barely higher than background radiation.