The World Happiness report, released annually by the United Nations, has named Norway the happiest country on earth. Norway moved up from its fourth place in last year’s report, which measures the ‘subjective well-being’ of 149 countries to try to answer an important question: What determines people’s happiness? 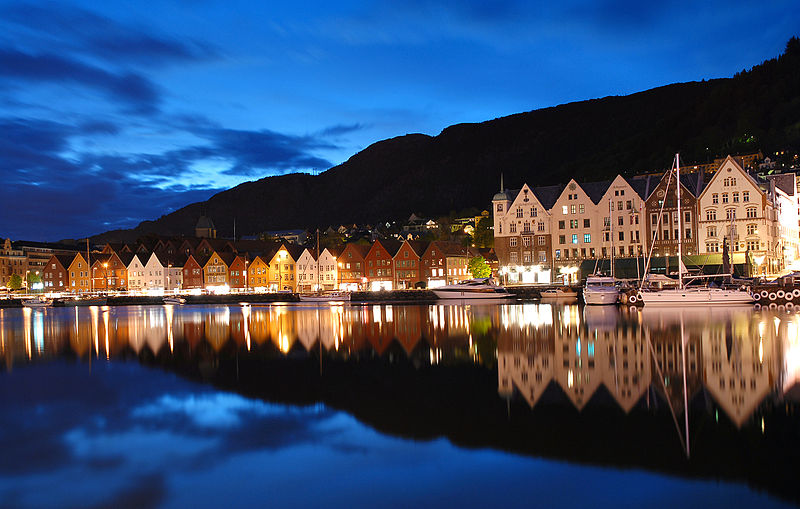 What makes a country happy?

This report analyses different key factors, such as caring, freedom, generosity, honesty, health, income, and good governance, which all contribute to happiness. Norway has jumped into the first position because it ranked highly on all six of these factors.

So what is Norway’s secret to happiness? First of all, the country’s economy has helped. Norway is the sixth wealthiest country in the world, with a high GDP per capita and low unemployment rates, also related to happiness. Instead of spending the country’s revenue from oil, Norway has decided to invest this money in future projects and has avoided what is known as the “boom and bust cycle of many other resource-rich economies”.

Surprisingly, Norway’s bad weather could also contribute to the levels of happiness. Some researchers believe that Norway’s hard winters bring communities closer together because it increases their survival instinct, bringing a mutual support between the citizens.

Hygge, a word used in Norway just like in Denmark, last year’s happiest country, is an expression describing their feeling of coziness and intimacy in their community. A person, a house, a room or an action can all be ‘hyggelig’, where people can feel snug and comfortable inside while it’s cold outside.

“What works in the Nordic countries is a sense of community and understanding of the common good,” Meik Wiking, chief executive officer of the Happiness Research Institute in Copenhagen, told the Associated Press. The report’s lead author John Helliwell, said the Nordic countries are the happiest because “It’s the human things that matter. If the riches make it harder to have frequent and trustworthy relationship between people, is it worth it? The material can stand in the way of the human”.

Northern countries, like Norway, Denmark, Iceland, Switzerland and Finland have made it in the top 5 happiest countries. On the other hand, Rwanda, Syria, Tanzania, Burundi and the Central African Republic were at the bottom of the list. These bottom-ranked countries are clearly different than the Scandinavian ones, lacking not only physical health, but also mental health and personal relationships. On top of that, unemployment rates are very high, which isn’t helping mental health issues in these countries. Even though the differences in income is the main reason they are rated in the unhappiest countries, mental illnesses still plays an important part in their ranking and is considered the biggest single source of misery.

The World Happiness Report was released to coincide with the United Nations’ International Day of Happiness on March 20.