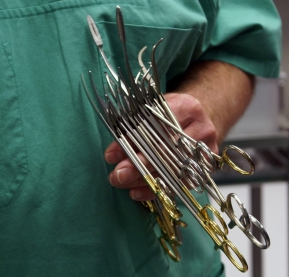 A Saudi recruitment drive aims to hire 3,500 workers from abroad.

The Saudi Ministry of Health has started a huge recruitment drive for 3,500 expat medical professionals for vacancies in hospitals across the Kingdom. The majority of staff, including doctors and nurses, will be recruited from India, Pakistan and Egypt.

Ministry of Health officials have visited the Indian cities of Hyderabad, Cochin, and New Delhi in a bid to attract over 700 specialist doctors to work in hospitals in Jeddah, Riyadh, and Tabuk, as well as other regions.

The Ministry has also started to recruit workers from Pakistan and Egypt, reports the Arab News. The doctors offered employment are expected to arrive in Saudi Arabia soon, with the remaining vacancies filled over the next few weeks.

There has been criticism of the recruitment agencies contracted by the Ministry to fill the positions, with some Indians claiming they take a significant portion of wages earned in the Kingdom and charge high fees for their services.

This recruitment drive comes just months after the Saudi Arabian government announced plans to replace administrative expat workers with locals in an attempt to “Saudize” the private healthcare sector.

Over 50% of healthcare workers in the Kingdom are from overseas, according to figures released by Riyadh’s Chamber of Commerce and Industry. Foreign administrative staff in private health facilities were expected to be replaced by local workers, though it’s not clear whether this will extend to doctors and nurses. Last June the government announced plans to replace all expatriate healthcare workers with Saudi employees.