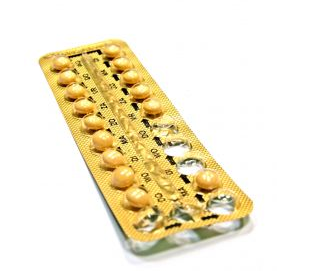 The first law allowing poor women access to contraception and advice has been stalled in the Philippines.

Last December the Philippine government signed the country’s first reproductive health law after a 14 year controversial battle. The new law, providing access to contraception and family planning advice was due to come into effect by the end of March this year. The Supreme Court, however, has now delayed its implementation until a hearing in June.

The block on the new law has been described as a “leap backwards for human rights” by Amnesty International. The Act Providing for a National Policy on Responsible Parenthood and Reproductive Health, known as the RH Law, doesn’t just look at contraception but also targets HIV, AIDS, reproductive cancers and menopause issues.

In the capital Manila, a city of nearly 2 million people, a local ordinance bans the use of condoms, birth control pills and other contraceptives. Since this came into force in 2000, family planning clinics have promoted the use of “natural” family planning, such as the rhythm method.

Back in 2009, Philippine health experts predicted the country’s Millennium Development Goal of lowering the maternal mortality ratio (MMR) to 53-55 per 100,000 live births was unachievable. Teen pregnancy is also a concern, seeing an increase of 65% between 2000-2010 according to the most recent Family Health Survey. The survey attributed the increase to a lack of youth-friendly reproductive services.

With the RH Law in place, but delayed, Department of Health (DOH) Secretary Enrique Ona is more optimistic. “We should see an impact on MMR already by end of the year. By 2016, we are targeting that MMR will be lowered to 53 per 100,000,” Ona told IRIN.

There appears to be many factors against the RH Law, a health budget deficit of around US$61.6 million, the fact local government units are responsible for implementing national laws, and the Catholic Church, a strong opposition voice of RH Law.

“I’m very firm that the RH Law is constitutional. We won this battle in both the senate and congress. The four-month wait is temporary. Advocates waited 14 years for this law to be passed. We will get through another four months,” Lagman said in a statement.