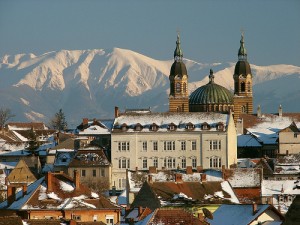 Romania may be a beautiful country, but its public health system is anything but picturesque.

The public health system in Romania is slowly but surely collapsing, according to a recent AFP report. It is both underfunded and riddled with corruption.

Romania spent about 4% of its GDP on healthcare in 2011, less than half of the 9% average across OECD countries. Less than a third of its population contributes to the health system.

All this means expats will want to steer well clear of public healthcare in Romania. And if you do chance it on a public hospital, make sure you have plenty of cash for bribes.

The first thing I did after being admitted to hospital for bladder surgery was to inquire about the surgeon’s and the anaesthetist’s ‘fares.’

The problem is apparently so bad (and so common) that one Romanian newspaper actually published a guide to hospital bribes, listing common rates. Need a C-section? It’ll run you about EUR 500. Brain surgery? More like EUR 3,000. In total, the World Bank estimates Romanian doctors receive about EUR 300 million worth of bribes each year.

But you can hardly blame them, considering the average doctor earns a miserable EUR 500 a month. This not only keeps bribery enshrined as tradition in Romanian hospital wards, but also ensures the most qualified doctors flee overseas.

Patients themselves call the Romanian system “inhumane” (!). One of them, a 31-year old named Ana, told AFP:

There are dedicated doctors, but patients are often treated in a deplorable way, from the way medical staff address them to the care, or lack of, they get.