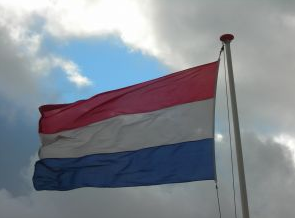 People who earn more than €70,000 a year in the Netherlands are set to pay nearly €500 a month for health insurance premiums.

There is a rising tide of opposition against the Dutch coalition government’s plans for income-dependent health insurance. Changes to the system will see high-earners paying up to €482 per month for health insurance, according to the national Nos television station. This will affect those who earn more than €70,000 a year.

People on welfare benefits will have to pay slightly less than they do now, at around €20 per month. For people on an average salary of €33,000 per year, the rate will rise to €140 per month. The increase in insurance costs will be partially compensated by lower tax rates. This will mean high-earners will pay around €126 less in tax per month. Those on an average salary will pay €50 less, which covers the higher insurance cost.

The new system will be introduced in 2014 and will see the discontinuation of health insurance benefits. Stef Blok, the newly appointed minister for housing and civil service, admitted some people would see a sharp increase in the cost of health premiums.

Labour leader Diederik Samsom said, it is fair to ask some people to pay more, and emphasised that tax cuts will help pay for the increase.

The report did not say what the effect would be of an income-dependent own risk element which would also be introduced. Currently, many people choose an own-risk payment of up to €700 which decreases the cost of their premiums to around €70 a month.

The changes are part of austerity measures agreed by the government and designed to reduce spending by €16 billion by 2017. It is hoped these cuts will reduce the budget deficit to 1.5 percent in 2017.