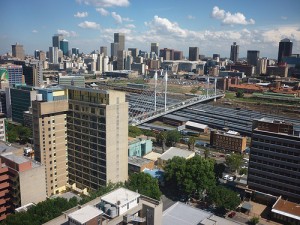 Critics of South Africa’s new National Health Insurance (NHI) scheme say it is underfunded and will not address the underlying issues impacting the country’s public health system, according to a piece by Xolile Bhengu in the Financial Mail.

Critics argue the government’s plan will increase the tax burden on South Africa’s middle class without improving public health outcomes. Among them is Dawie Roodt, an economist with Efficient Group, who said both personal income taxes and VAT would have to rise 3% to fund the program.

[The middle class] is where the money is; the rich cannot be taxed further because we don’t have enough rich people. An additional tax could start affecting people earning as low as SAR 20,0000/year […]

[…] The major issue is not the macroeconomic issue of funding, but efficiency. The state is not efficient and the worry is that the costs will [rise] over time. Government should fix the problems [that are already apparent in the public health sector] and then apply an NHI.

According to health ministry officials interviewed by Bhengu, the NHI pilot program will be funded through a special grant from the South African treasury, and will not create an additional tax burden. The program is estimated to cost SAR 256 billion over the next 14 years.

Critics, reported Bhengu, say no NHI scheme will be sustainable until the South African government properly addresses corruption and mismanagement in the current system.

In the words of political analyst Nic Borain:

Taxpayers are responding to the NHI with suspicion. There is a lack of trust because of the existing levels of corruption in the public system. Government will struggle to convince taxpayers to pay more. The middle class is fed up.