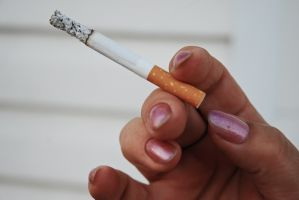 The Korean government aims to tackle high smoking rates by doubling the cost of cigarettes.

South Korea is looking at doubling the cost of cigarettes in a bid to lower the smoking rate, reports the BBC. Under the proposed changes, the price of a packet of cigarettes would go up to 4,500 won (€3.35), the price is currently 2,500 won (€1.87).

South Korea has one of the highest male smoking rates among OECD member countries. About 41% of men smoke, according to the Organisation of Economic Cooperation and Development, this is higher than the 26% average.

The proposal, which would come into effect next year, is designed to lower the overall smoking rate (23%), which is also higher than the OECD average of 21%. The last increase in price was in 2004 when it went up by 500 won and the smoking rate fell 15%, reports Korean news agency Yonhap.

There have been many studies which appear to confirm a link between raising the price of cigarettes and a drop in the smoking rate. Researchers agree that a 10% increase in prices results in a 3-5% reduction in cigarette consumption.

The South Korean government hopes the price increase will generate an estimated 2.8 trillion won in tax revenue. The opposition have already called it a “deceitful move” which will impact low-income earners as they smoke more than other population groups.

In April this year South Korea’s health agency launched a lawsuit against three of the largest tobacco manufacturers including the local arm of Philip Morris International, to offset the cost of treating smoking-related illness.