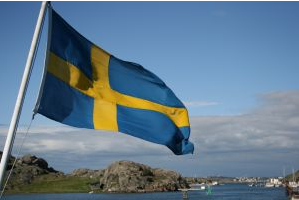 Several thousand Swedish residents travel in the EU for healthcare each year.

Currently, long waiting times for planned procedures such as hip-replacements and cataract surgery force many Swedish residents to travel within the EU for care, the bill is then picked up by the Swedish government.

The changes in regulations this year will offer people more choice about what treatments are available and where to get them.

“The consultation will, among other things, look at what financial compensation the patient will get,” Hasse Knutsson, planning officer at the Swedish Association of Local Authorities and Regions (SKL), told The Local.

Under the current rules, the national government reimburses patients for treatment carried out abroad. On October 1 this is set to change, with regional authorities expected to administer and pay for care sought in other EU countries. The Swedish government has however, earmarked funds from the autumn budget for counties to use to ease the transition.

At SKL, Knutsson explained that while patients can apply for reimbursement after the procedure has taken place, there’s no guarantee the full cost will be repaid.

The Dagens Nyheter newspaper recently reported that last year almost 3,000 Swedes received money back for healthcare obtained abroad, while around 400 claims for reimbursement were rejected. The final bill for 2012 was 58 million kronor (€6,700,000).