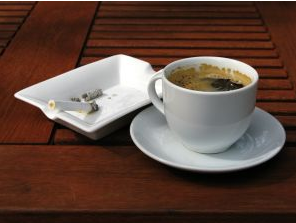 The majority of voters have rejected a blanket ban on smoking in all public places.

Two thirds of Swiss voters rejected a referendum to tighten up the existing smoking laws. The proposed ban was opposed by the majority of Switzerland’s 26 cantons. The proposed ban on smoking in restaurants and bars was supported by 34 percent of voters.

The new initiative from the Swiss Pulmonary League aimed to clear up confusion over the current smoking laws. They claim a worker on an eight-hour shift in a smoke filled environment is the equivalent to smoking 15-38 cigarettes.

Countrywide projections showed 66 percent of voters opposed the strict law. Under current legislation restaurant owners can allow customers to smoke in designated rooms or if their premises is very small. Many cantons currently have stricter rules than these in place. The initiators of this most recent referendum had hoped for a nationwide ban on smoking in restaurants and other workplaces.

The Swiss Business Federation called it a “heartening” result, saying the stricter laws would have been a burden on the economy, especially the restaurant sector. “The initiative would have imposed more costs on restaurateurs who have already made considerable investments to protect non-smokers,” it said in a statement.

More than two years ago, Switzerland introduced a ban on smoking in enclosed spaces and offices. However, the law allowed for many exceptions and has been enforced unevenly across the cantons.

Eight cantons, including Geneva, already have a total ban on indoor smoking in workplaces such as restaurants and bars, and public spaces like hospitals, the remaining 18 cantons apply the law less restrictively.

In 11 cantons, smokers are allowed to indulge their habit in small bars, cafes and restaurants of less than 80 square metres, and in establishments with smoking rooms with customer service.
In the other seven cantons, smoking is allowed in dedicated smoking rooms.

Hotelleriesuisse, representing the hotel sector, said it was relieved by the outcome, adding that a “yes” vote would have made “some investments obsolete”.