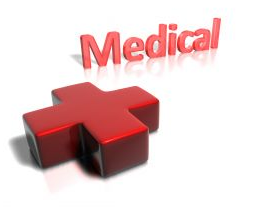 Despite most citizens being satisfied with healthcare in the Gulf state, many still travel abroad for treatment.

A Gallup survey of more than 4,000 GCC nationals found 87 percent of Emiratis are satisfied with the quality and accessibility of healthcare in the UAE. The country came second behind Qatar. Despite the large majority claiming happiness with the health system, two in five (39 percent) would still prefer to be treated abroad.

The United States survey showed 73 percent of respondents were happy with the quality and accessibility of health care. The UK scored very highly with 92 percent satisfied with the National Health Service (NHS).

Earlier surveys repeatedly showed dissatisfaction with the UAE’s health care. In a 2009 survey for The National, over half of Emiratis said they would travel abroad for treatment.

Experts have attributed the improvements to health reforms over the past decade. In Abu Dhabi, 98 percent of residents have health insurance since it was required by law in 2006. Opening the UAE up to world renowned doctors, hospitals and medical centres has also improved public perception of the system.

“A lot of things are becoming available locally, and I believe the number of Emiratis travelling abroad for treatment will drastically reduce in the next five years. Doctors are now coming to the patient’s doorsteps,” Dr Sanjiv Malek, executive director of DM Healthcare, told The National.

Figures released by the Health Authority – Abu Dhabi, show the number of Emiratis sent abroad for healthcare dropped by nearly half between 2010 and 2011. From 2,858 in 2010 to 1,451 in 2011. Oncology and orthopedic surgery accounted for a large proportion of referrals abroad.

Figures from the International Medical Travel Journal show nearly 30,000 Emiratis travel abroad for medical treatment every year. The still somewhat high number is due to lack of local specialist knowledge and gaps in service. In Abu Dhabi staffing remains a challenge to maintaining the high standard of care.

“The global shortage of healthcare professionals and the tough competition make it difficult to attract the right calibre to the country,” Dr Al Ali, director of health regulation at Health Authority – Abu Dhabi told The National.

Have you experienced healthcare in the UAE? Share your stories in the comments section below.