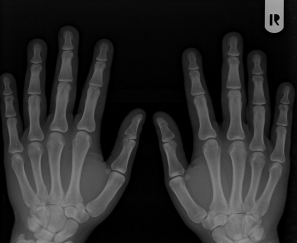 Expats have reported being over-diagnosed by hospitals wanting to make money from their insurance providers.

Expats living the United Arab Emirates (UAE) with private medical insurance should be cautious when getting treated in private hospitals. There have been reports of hospitals taking advantage of patients with health insurance.

In Emirates 24/7 it was reported that some facilities are looking to make money by over-diagnosing patients with minor ailments. Their insurance providers are then billed for expensive treatments that may be medically unnecessary.

It was reported that doctors are playing on the concerns of patients and their relatives, exaggerating medical problems, to push for unnecessary tests and treatments. Some residents even claim they have been diagnosed with conditions that never existed.

Many patients have accused hospitals of overcharging or over-diagnosing because the majority of costs are covered by comprehensive insurance.

“Patients would object some tests if they had to pay out of their own pocket. But most people normally don’t question if the insurance company footing the bill has approved the payment,” a German national living in Dubai to Emirates 24/7.

Although Emirates 24/7 notes this anecdotal evidence doesn’t mean widespread abuse of the system, insurance companies in the region have been alarmed at rising healthcare costs and are looking more closely at individual cases.

To help combat this problem, the Dubai Health Authority (DHA) has vowed to regulate services provided through private insurance. With a framework in place hospitals will have to publish price lists of tests and treatments. Increasing or decreasing prices will require prior authorisation from the DHA.

In order to try and avoid a potentially fraudulent situation expats are urged to use reputable doctors and consider getting a second opinion if they have received a worse diagnosis than expected.