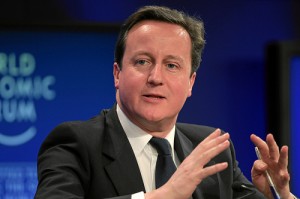 A study that formed the basis for the UK Prime Minister's comment that "competition improves healthcare" has shown to be flawed.

The UK government’s claims that patient choice improves healthcare is based on flawed data, according to research published in the medical journal, The Lancet. A government study concluded competition reduced deaths from heart attack.

This assertion was critical because it helped attract support for the controversial Social Care Bill 2011. It was also the basis for UK Prime Minister David Cameron’s comment that “competition is one way we can make things work better for patients.”

The research David Cameron referred to was a paper by Zack Cooper and colleagues which was published by LSE Health. It examined the mortality rates for heart attack patients measured against the number of hospitals within travelling distance of the patient’s GP surgery.

However, a group of academics led by Allyson Pollock of London’s Queen Mary University examined the study again and found it “fundamentally flawed.” For one, she concluded, the study fails to explain why “choice” has any impact on whether or not a patient survives a heart attack.

Pollack and company also found a laundry list of other issues, including:

The Lancet report amounts to a full refutation of the Cooper study’s results. Commented Professor Pollock:

Our examination of this research reveals it to be fundamentally flawed, amounting to the conclusion that the paper simply doesn’t prove either cause or effect between patient choice and death rates […] This work should not be quoted as scientific evidence to support choice, competition or the new Health and Social Care Bill.