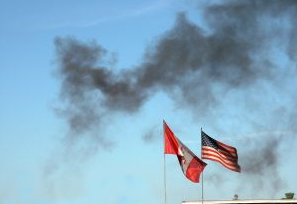 US expats living in Canada may find they need to start paying a new healthcare tax.

It’s a well-known fact the Internal Revenue Service (IRS) extends its reaches far beyond U.S. borders. American expats around the world are required to file a tax return every year, regardless of where they live or work.

Now American expats living in Canada are being told they will have to pay a new health care tax. Particularly affecting wealthier Americans, the 3.8% tax on investment income has been introduced to help pay for President Obama’s healthcare reforms.

“Welcome to the new era, where the U.S. government is desperate for money,” accountant Kevyn Nightingale, a U.S. tax expert at MNP LLP in Toronto told the Globe and Mail.

“It may very well turn out to be a way to get Americans abroad to pay for Medicare.”

This net investment tax, as it is known, will come into effect this tax year. Many American expats could find they owe the U.S. government money for the first time. Though Americans abroad are required to file a tax return every year, those who pay taxes abroad usually don’t need to pay them in the U.S. thanks to double taxation treaties.

Of the one million Americans living in Canada, most don’t end up paying any U.S. tax as taxes in Canada are higher. With this new tax, expats are unable to offset it by applying foreign tax credits because of the way the law was drafted, experts warn.

This new tax is likely to affect the hundreds of thousands of Americans living in Canada who haven’t filed tax returns with the IRS before. In the past they never owed tax, now they may find they do.