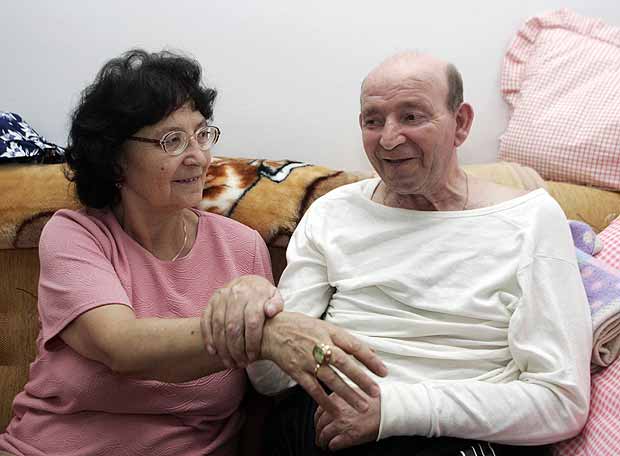 Jan Grzebski with his wife after waking up from a 19 year-old coma.

It is not a surprise that we don’t know everything about the body. The brain alone is so complex that neuroscientists have only recently begun to understand how it works. So imagine what kind of mysteries we still have to solve and how we can benefit from solving them!

Imagine being able to hear your family pleading for you to wake up, but being unable to communicate back to them. This is exactly what happened to Polish railroad worker Jan Grzebski after being hit  by a train’s car door. He stayed in a coma for an astounding 19 years, despite doctors only expecting him to survive a couple of years.

They were proven wrong when he woke up in 2007, surrounded by his four children and eleven grandchildren. It turned out that the coma was caused by a brain tumor which gradually reduced in size enough for him to wake up. Sadly, he lived only one year more, when the brain tumor eventually took his life.

Dede Kosawa was living a normal life with his wife and two children until he started developing warts, giving him the appearance of being covered in tree-bark. Doctors believe that this was a symptom of HPV, exacerbated by a genetic defect of the immune system.

Dede Kosawa’s life became very difficult after the warts started appearing, being shunned by the community and fired from his job. His wife took their children and left him, and he passed away in January of 2016. 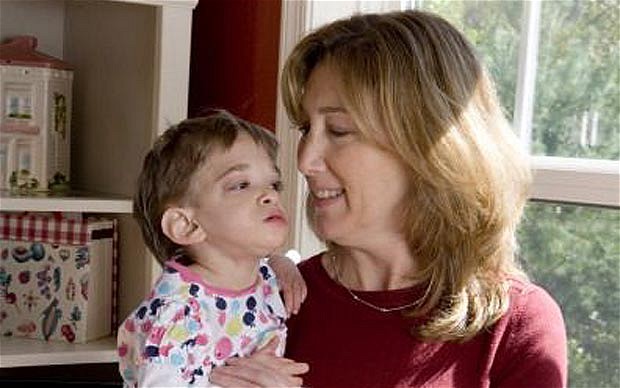 Brooke and her mom at the age of sixteen.

When people saw Brooke Greenberg, they thought she was merely a toddler. They could never have guessed that this beautiful girl was in fact a young woman. Doctors and scientists are still perplexed as to what could have caused her medical condition –  as Brooke grew older, her body did not mature. The mystery of Brooke didn’t stop there.  She baffled doctors once again by waking up from a coma caused by a brain tumor which vanished upon waking up. Despite this, she sadly passed away in 2013 at the age of 20.

I believe I can see

New Zealand is a miraculous country on its own, but a New Zealand native experienced a different kind of miracle at the age of 24. Lisa Reid has been legally blind since childhood, after a tumor pressed so hard on her optic nerve that she lost her sight.

One day Lisa struck her head on a table while attempting to pet her guide dog Ami. The following morning, Lisa woke up and, much to her surprise, could see her beloved dog next to her. 15 years later, and Ms. Reid, now a mother, still enjoys her blind-free life.

Everybody, meet my new accent

Have you ever moved or gone abroad and, without meaning to, started slipping into the local accent? Well for one certain Canadian, Rosemarie, it happened right in her hometown. After suffering a stroke to the left side of her brain, Rosemarie, from Southern Ontario, started speaking with an Eastern Canadian accent. Efforts to revert to her usual accent were in vain, and doctors confirmed that she was suffering from “foreign accent syndrome” as a result of her stroke. This weird phenomena has sixty confirmed cases worldwide.

Have you heard of any more medical mysteries? Share them with us in the comments below!