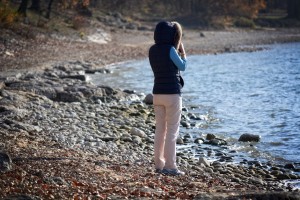 Don’t let loneliness overwhelm you, you are an explorer not an outsider.

Loneliness is the dark side of expat life; the side that no one warns you about and which can envelop you when you least expect it. It is often the root of mental health issues, faced by a surprising number of expats.

Aside from the emotional havoc loneliness can play on your mind, it is thought that the physical pain brought on by loneliness has been linked to the primal response of “fight or flight”.

“To be ostracised from your tribe was a death sentence”

In the prehistoric era, evolving humans drew strength from working together. They had to gather food and find shelter, and only by working together could they survive: “There was no human way to live in isolation” explains Charles Raison, a psychiatrist at the University of Wisconsin.

This “fight or flight” response still remains ingrained in our psyche, which becomes apparent in times of hardship, fear and loneliness.

Loneliness causes our body to go into shock

According to scientific research, there is evidence that the immune systems of those suffering from loneliness work differently. Angus Chen explains that “lonely people’s white blood cells seem to be more active in a way that increases inflammation, a natural immune response to wounding and bacterial infection. On top of that, they seem to have lower levels of antiviral compounds known as interferons.”

This means that loneliness not only affects our mental health, but could also make you physically ill.

Change your perspective and beat loneliness

As an expat, you’re likely to be no stranger to loneliness. As much as people claim to be independent, non-social dependent beings, it is not in our nature to thrive in our own company. Loneliness can warp our emotions, thoughts and affect our health, creating a vicious circle of debilitating fear of social interaction.

Whether your stubbornness to “go it alone” or difficulty integrating into a new culture is making you avoid social interaction, you need to address this and do something about it. Making friends is an inherent part of human nature, the way we go about it does not differ greatly between nationalities. The social skills you have do not become null and void the moment you leave the country. Lonely people need to focus more on leaving behind the isolation of their own mind, and use the skills they have to break out of their lonely state.

You are an explorer, not an outsider

Don’t deliberately alienate yourself by thinking that you are an outsider or an unwelcome guest in your new country. Living abroad is the ultimate “fight or flight” test and in the face of loneliness you have a choice: you can let it overwhelm you and dictate your experience abroad or you can fight it.

Think of yourself as an explorer; you were brave enough to move abroad and leave everyone and everything behind after all. People want to hear your stories, share their culture with you and welcome you into their lives, so let them.