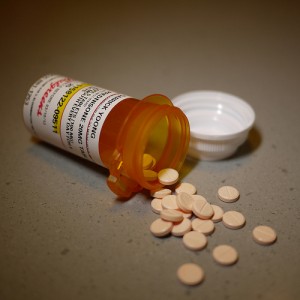 Accidental poisoning is a leading cause of injury for young children.

Expats, and indeed all parents, should take care to keep medication out of reach of children. A recent study by doctors at the University of Cincinnati’s Children’s Hospital found accidental poisoning remains a common childhood injury despite the prevention efforts of recent decades.

Researchers gathered data on over 500,000 children 5 years of age and younger who had visited the emergency ward due to poisoning between 2001 and 2008. They found that 95% of the visits were caused by self-ingestion (kids getting a hold of medication not meant for them). Prescription drugs in particular were responsible for 55% of emergency visits, 76% of hospital admissions and 71% of significant injuries.

The most dangerous medications were pain medicines (oxycodone, morphine, codeine), sedatives (muscle relaxers, sleep aids) and heart medications. From 2001 to 2008 the number of cases increased 22%, while the number of children under 5 grew only 8%.

Dr. Randall Bond, one of the lead authors on the study, said:

The problem of pediatric poisoning in the U.S. is getting worse, not better.

He argued that solving the problem would take a combined effort on the part of both parents and pharmaceutical companies:

Prevention efforts of parents and caregivers to store medicines in locked cabinets or up and away from children continue to be crucial. However, the largest potential benefit would come from packaging design changes that reduce the quantity a child could quickly and easily access in a self-ingestion episode, like flow restrictors on liquids and one-at-a-time tablet dispensing containers.

Expats should take special care to keep medication locked up and out of reach of children, particularly in developing countries where both packaging and medication quality can be lacking. In certain countries in the Middle East and Asia, not only are powerful pain medicines and muscle relaxers available over the counter, but are also plagued by fake ingredients and product tampering.

Unfortunately, until childproof packaging becomes the industry standard for all medications, parents will continue to bear the burden of preventing accidental poisonings.