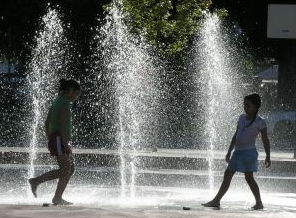 Expats not used to the heat need to be prepared for heatwaves this summer.

According to global warming scientists, the Earth is heating up. While those expats in the UK perhaps wouldn’t agree, many parts of Europe and the United States are suffering in the heat. A recent heat wave in the U.S. has claimed at least 46 lives and experts say this last year has been the hottest in the country since modern records began in 1895.

Heat waves spark wildfires and droughts, as well as endangering the health of people living in them. Elderly people and young children are particularly at risk from the health effects of extreme temperatures. Babies need to be monitored closely as they can’t regulate their body temperature in the same way adults can.

For expats moving from a relatively mild or rainy climate to a hotter one, staying safe in the heat can be challenging at the beginning. Heat can trigger exhaustion, heart attacks or confusion, and worsen existing conditions, such as cardiovascular and respiratory diseases.

How to stay cool in a heat wave

The good news is adverse effects of the heat are largely preventable. Bear in mind the elderly, those with existing health conditions and children are more at risk from the effects of the heat. The World Health Organisation has published an updated fact sheet with advice on how to deal with extreme temperatures.