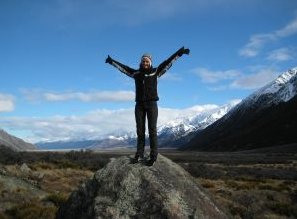 Studies show parents, married couples and people who live in remote areas report the highest levels of well-being and happiness.

It seems money doesn’t buy happiness and if you are an expat relocating to the UK you might find greater happiness outside the major cities. According to a report from the New Economics Foundation (NEF), parents, retirees and people in remote areas reported the highest levels of happiness.

The Orkney Islands, the Outer Hebrides and Shetland, all in Scotland, were found to have some of the happiest residents in the UK. No major cities featured in the top ten contented places. People in London, Edinburgh, Luton, Reading and Slough reported the lowest levels of well-being in the UK.

This would indicate that well-being and happiness aren’t always linked with wealth as the majority of the UK’s wealth is based around London and the southeast. In 2010 this region accounted for 46% of the country’s millionaire population, reported the UK’s Daily Mail. Six out of the ten lowest scoring regions for well-being are found in the southeast.

It seems from the results the happiest parts of the UK are the more remote ones, rather than the wealthiest.

The results, from a survey of 160,000 people, were divided up according to ethnicity, gender, geographical location and types of work to find data trends. The results showed women tend to be more content than men, and felt that what they did was worthwhile, but also experienced more anxiety.

Parents, those living with a partner and married couples also reported higher levels of well-being and happiness.

Being happy is linked to improved mental health and general well-being. Happy expats are more likely to make friends, integrate into their local community and also successfully complete work assignments.

While the number of expats wishing to relocate to remote Scottish islands is probably very low, the idea of relocating to a rural area instead of a big city could mean greater long-term happiness.