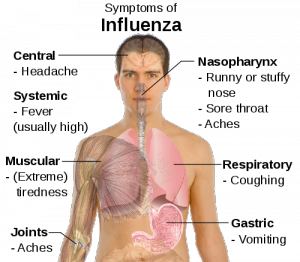 So far this season most flu cases have been concentrated in the southern hemisphere.

‘Tis the season not only to be jolly, but also catch the flu. And rest assured, nothing replaces Christmas cheer (or travel plans) with utter misery faster than high fever, aching joints, a sore throat and vomiting.

So far in 2011 the main flu strains are the H1N1 strain that developed out of the 2009 pandemic and influenza B. A new strain called H3N2 has also emerged, with a number of cases reported in the United States.

Fortunately, a recent update from the European Center for Disease Prevention & Control (ECDC) said this flu season has been pretty mild in Europe so far. The situation is a bit dicier in the southern hemisphere, with more cases cropping up in South Africa, Australia, Chile and Argentina. Chile and Argentina in particular had a higher number of flu cases than last year, though nothing approaching 2009 pandemic levels.

While flu season has yet to really kick off in Europe, ECDC urged people living and traveling on the continent to practice good hygiene. In order to protect yourself and help prevent the spread of flu:

I would like to stress that all Europeans who are recommended to have the influenza vaccine by their national authorities should get vaccinated as soon as possible. It is not too late to get vaccinated and it is of particular importance for those in the recognised risk groups [e.g. the elderly and those with chronic health conditions] and for healthcare workers.

If you do have the misfortune to catch the flu this season, do your best to avoid spreading it. Stay home for at least 24 hours after your fever goes away (without taking medicine). Also try and limit your contact with friends and family… lest you accidentally ruin someone else’s holiday!