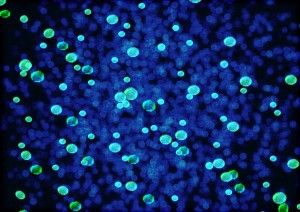 Microorganisms outnumber human cells by around ten to one

We hear a lot in the media about ‘friendly bacteria’. I always assumed that this was just a clever marketing term coined to convince people to buy yoghurt. In fact, there may be more about these claims than a canny ad man trying to leverage his product.

The human body is jam-packed with microorganisms. There are around one trillion microorganisms found in the body, outnumbering human cells by around ten to one. In a 200 pound adult, around 2 – 6 pounds is made up purely of bacteria. Gross.

Comprising such a huge part of the human body, it is obvious that these much-maligned bacteria play a tremendously important role in our everyday health.

A recent study by Canadian scientists found that if 4 types of bacteria were missing from a child’s stomach they were more likely to develop asthma. The gut it seems, is key to regulating our immune system. So the study suggests that if children are not exposed to an array of bacteria in their formative years, their bodies are more likely to become hypersensitive to allergens – the cause of asthma.

Dr Brett Finlay who worked on the study explains the findings: “what data’s really starting to show these days is that the immune system gets itself set up in the gut and influences how it works everywhere else in the body.”

We are living in increasingly more sterile environments, cultivated by anxious parents trying to shield their children from all bacteria, which turns out is, ironically, detrimental to their health. So parents, throw out your antibacterial spray and let your toddler play in some dirt…(within reason). 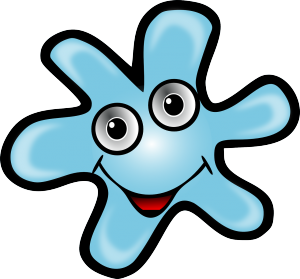 Bacteria in the gut is sehr gut!

Adults should be just as concerned about their stomach health. A growing number of studies are revealing the importance of gut bacteria for treating a range of ailments.

The stomach flora of obese patients differs greatly from that  of slim people, suggesting that bacteria may be key in weight management.

The key to curing Alzheimer’s and Parkinson’s may lie with bacteria, one study claimed. Astonishingly doctors even hypothesised that the makeup of bacteria in your stomach could affect your mood. In one study people were found to pay less attention to negative words if they consumed B-GOS, a type of prebiotic.

Stomach problems are the major issue for most expats travelling to far-flung lands. Expats exposed to unfamiliar foods and a different standard of food hygiene can end up with a dodgy stomach. While stomach complaints are debilitating in their own right, if the delicate balance of stomach bacteria is upset, there could be long-term health consequences, especially in the light of the previously highlighted studies.

A varied and healthy diet with lots of fresh fruit and vegetables is one way to ensure you have a healthy stomach. Avoid junk food and packaged foods, as they can disrupt the balance of bacteria in our stomachs.

While probiotic drinks and yoghurts are one way of maintaining a healthy gut, there are certain probiotic superfoods that are essential for bacterial well being. Fermented foods like kimchi, sauerkraut, miso soup (made from fermented soy) and kefir (fermented goat’s milk and grains) introduce transient bacteria to the stomach promoting diversity and build immunity. Make sure you stock up on these power foods if you are ever worried about a bad case of traveller’s tummy.