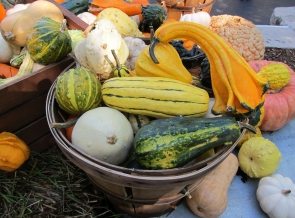 Teenagers who have a healthy lifestyle report higher levels of happiness.

According to researchers in the UK, teenagers who follow a healthy lifestyle including staying away from alcohol and cigarettes are significantly happier than those that don’t.

Other results showed that high levels of happiness were associated with a higher consumption of fruit and vegetables and a lack of junk food in the diet. Teenagers who regularly exercised reported being happier than those with more sedentary lifestyles.

Which countries have the healthiest diets?

It is hard to tell how much a country’s life expectancy is due to the diet or a good health care system. Some top expat destinations rank in the top 20 countries with the highest life expectancy – Japan (1), Switzerland (3), Australia (6), Spain (8), France (11), Canada (12) and Greece (18).

There are indications that the Japanese and Chinese diets are good at preventing chronic disease and promote long life. However, there haven’t been any in depth studies to prove this.

The one exception is the Mediterranean diet, rich in olive oil, whole grains, fruit and vegetables. A meta-analysis of 12 studies in 2008 found that people who stick rigidly to a Mediterranean diet had a 9% lower death rate than those who didn’t stick as closely to the diet.

For expats, if you are in a country that promotes a healthy diet then take as much advantage of it as you can. Involve teenagers with choosing and preparing meals that they like. Going to a foreign supermarket or market can be an adventure in itself. Check out the blog expat-kids.com for more advice on moving abroad with children.

If you’re an expat with teenagers add your tips and advice on a healthy lifestyle in our comments section below.