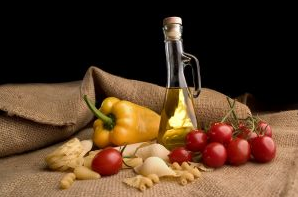 Experts link a healthy diet with protection against dementia.

Leading doctors have extolled the benefits of a Mediterranean diet in preventing dementia, ahead of an international summit on the topic. In an open letter to the British Health Secretary, doctors say “compelling” evidence is being ignored.

The fight against dementia should be refocused on diet rather than the “dubious benefits” of drugs, said the clinicians. A diet rich in fresh fruit and vegetables, nuts, fish and olive oil is probably is probably the “best strategy currently available”.

The letter, signed by experts from Britain, France, the United States, Italy, and Greece, calls for the government to invest more in teaching people, including children, about the benefits of a good diet and healthy lifestyle.

There is currently no cure for dementia and related illnesses, but the protective effect of a Mediterranean diet is being “largely ignored”.

The number of people living with dementia worldwide is expected to triple 135 million by 2050, according to a recent study. There is also a lack of diagnosis in England and Wales, with fewer than half of cases formally diagnosed. Critics of the current system also expressed concern at the high rates of antipsychotic drug prescription.

Research from the University of Exeter in the UK found a majority of studies suggest diet can improve cognitive function, lower rates of decline, and reduce the risk of Alzheimer’s disease. However, in the case of mild cognitive impairment – the stage before Alzheimer’s or dementia takes hold – the results were inconclusive.

Dr Aseem Malhotra, a cardiologist, said, “The evidence base for the Mediterranean diet, in preventing all of the chronic diseases that is plaguing the western world is overwhelming.

“Policymakers and the public need to know that such a diet is far more potent than the often dubious benefit of many medications and without side-effects.”