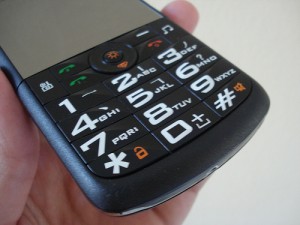 Mobile phones do not cause cancer, found a recent study, though heavy users may be at higher risk.

Expats can rest a little easier knowing there is no link between mobile phone use and cancer, at least according to a recent study conducted in Denmark and published in the British Medical Journal.

Earlier this year the World Health Organization’s International Agency for Research on Cancer had said the magnetic fields created by phones could cause brain cancer. The news set many of the world’s 5 billion mobile phone users on edge, suddenly worried they were microwaving their brains on a constant basis.

At the time Keith Black, Chairman of Neurology at Cedar-Sinai Medical, told CNN:

What microwave radiation does in most simplistic terms is similar to what happens to food in microwaves, essentially cooking the brain. In addition to leading to a development of cancer and tumors, there could be a whole host of other effects like cognitive memory function, since the memory temporal lobes are where we hold our cell phones.

The new Danish study looked at 358, 403 mobile phone users from the period 1990-2007. These were subdivided into users and non-users of mobile phones as of 1995, examined for current or past history of cancer. A total 10,279 central nervous tumors were found, but cancer rates among users were not significantly higher than non-users. The original study, by contrast, had found cancer rates twice as high among people who had used mobile phones 10 years or longer.

The findings reveal there is no additional overall risk of developing a cancer in the brain although there does seem to be minor, and not statistically significant, variations in the type of cancer.

Despite challenging the first study’s results, however, researchers said there could still be an increased risk of cancer for heavy mobile phone users, adding that further research was required.