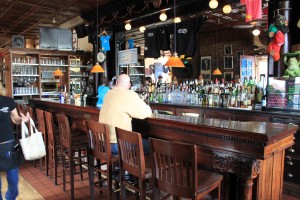 People over 65 are abusing the alcohol limits in London.

Laughing at my grandmother’s nonsense when she was drunk made sense when I was 10. Today she is gone, but now it dawns on me the risks of her behaviour. Excessive drinking problems are usually associated with younger people, and consequently alcohol misuse services seem to be only in place for the younger generations, rather than the elderly. However, a new survey in London has revealed that people over 65 years old are drinking much more than the weekly recommended limit.

Although limits vary from country to country, it is recommended that men do not drink over 21 units of alcohol per week, and women over 14. This survey brought to light that the older generation in Britain are doubling figures with men drinking an outstanding 49 units, while women are drinking approximately 23.

It is important to clarify that health risks from alcohol consumption are not exclusive to alcoholics or binge drinkers alone. Someone who drinks slightly more than the recommended level per week can also see the long-term effects. Alcohol interferes with many areas of the body like the brain, heart, kidneys, liver and pancreas. It can also shorten lifespan, reduce fertility and cause cancer.

Other than drinking a glass of red wine a day – which can protect the heart, according to scientists – there are no proven benefits of alcohol. So even if you respect limits, or drink less than the limits, you can still be harming your health in the long run. Additionally, elderly people are more at risk of causing physical damage to their bodies while intoxicated by falling over or running into things, for example.

Are expats retirees at a greater risk?

In the Mexican Caribbean, where it is common to drink a beer after work and enjoy the year round summer weather, retired expats are commonly found in bars having a third, fourth and fifth beer every afternoon. Expat retirees around the world have no responsibilities, and are often found at noon-cocktail gatherings, lunch meetings with booze or midweek barbeques.

By no means am I suggesting that expats should not enjoy their well deserved retirement, but I think it is important that they are aware of the damage they could be doing to their bodies. Perhaps boredom is the main cause that drives retired expats to turn to drinking, without realising that they have a new country to explore, new friends to make and many amazing experiences to live while abroad.

If you, or someone you know, is abusing alcohol consumption, you should seek immediate professional help.