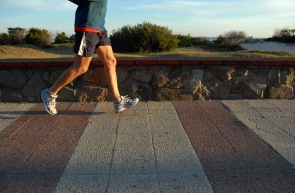 Middle-aged people who exercise could be improving their brainpower as well as fitness.

A new study has shown exercise can make middle-aged people not only healthier but also smarter. The data from the Montreal Heart Institute comes from participants who all had a BMI between 28 and 31 (overweight) – someone with a BMI of over 30 is considered obese.

For middle-aged expats moving to these countries the opportunities to enjoy sport appears appear to be frequent. These expats can not only benefit from improved health and potential weight loss but also greater mental ability.

*VO2max is the maximum capacity of an individual’s body to transport and use oxygen during exercise. It impacts on the body’s ability to oxygenate the brain and is related to cognitive function.