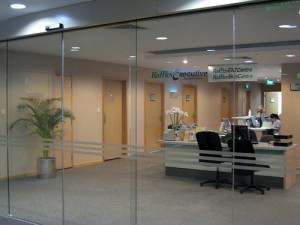 Hospitals in Asian countries such as Singapore are known for over-billing expats, which insurers say drives up premiums.

The Association of International Medical Insurance Proviers (AIMIP) has created a data sharing agreement to fight fraud in the private insurance sector, according to Owain Thomas at IFAonline. It involves AIMIP, member insurers, the Health Insurance Counter Fraud Group and Experian (the global credit monitoring service).

There’s a lot of fraud going on and it’s not just necessarily customer fraud – a lot of it is provider fraud where the hospitals are trying to keep people in for too long or over-inflating the bill or over treating people […] Defrauding doesn’t just mean deliberately and criminally defraud, but deliberately forgetting to add their pre-excluded conditions on the declaration. And some brokers in some parts of the world have been known to cheat with application forms, amend them and then send them back in.

Data sharing would allow insurers to pinpoint problem hospitals and brokers, then take action against them. This could include removing them from insurers’ provider networks. Still, Carter stressed, success would require support all across the industry:

It’s no good half of [insurers] or three quarters saying we’re going to blacklist that hospital when others will still cover people for treatment in those places–so it needs the buy in of everyone really to be totally effective.

Hospital and broker fraud is a concern not only to insurers but also customers. Fraud is often cited as a key driver of premium increases. Expat Health has spoken to several insurance executives on the subject in recent months, including NYIG Director Doug Polifron. He said hospital-related fraud is especially common in Asian countries such as China and Singapore. In some cases, doctors bill expat patients two or three times what they charge locals.

One of the problems these big insurers face  is that in some cases they don’t deal with the hospitals immediately upon a patients arrival and throughout the care giving process. They see a huge bill when the claim is filed and they can’t do anything about it. It’s already too late.

In his interview with Expat Health, Blair insisted the best strategy for coping with this kind of fraud is direct negotiation with the hospital as soon as a patient arrives, preferably by someone with knowledge of the local market. That way the insurer can either lock down costs up front or arrange to move the patient elsewhere–depending on the severity of his condition.

The solution for the problem is to negotiate directly with the provider when the approval for the treatment is requested.
Of course this is possible when the approval is requested d by the hospital/clinic, and this implies that the insurer has to have agreements with the health services provider.
This is the only way to fight against this kind of “fraud”.