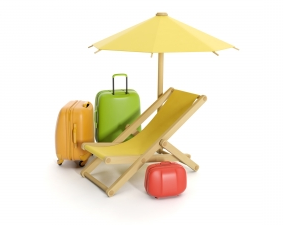 Half of UAE residents don’t buy travel insurance, with many saying they don’t think they will need it.

More than half of residents living in the United Arab Emirates admit they never buy travel insurance when they go abroad. According to research from Zurich, Arab expats (67%) are least likely to purchase insurance, followed by Asian expats (43%).

In the survey of 748 UAE residents conducted by YouGov, over half (58%) of residents said they never purchase insurance for their trips while third (32%) say they occasionally do.

When asked why they never buy insurance, almost a third (30%) said they believed they would never need to claim. On the other hand, a quarter (24%) said they thought they did need travel insurance.

More than one in ten (13%) respondents said they don’t buy personal travel insurance as they are covered by their work insurance policy. Zurich warns against this as many company policies only cover the GCC (Gulf Cooperation Council) countries. They also generally won’t cover travel inconveniences such as delays and lost bags.

Half of those who always buy insurance said it gives them peace of mind. Cover of medical expenses (39%) is another big motivation for purchasing, especially when trips cover countries where medical costs are perceived to be high, such as the USA.

We know UAE residents love to travel, with two thirds of survey respondents travelling up to three times per year, but it is noteworthy how many choose to go abroad without cover in place for possibilities such as personal injury, illness, missed flights, or stolen possessions, said Jeremy Baggott, general manager for Zurich’s General Insurance Business in the UAE.

“Every customer is different and the protection they need varies from person to person, but it seems apparent that many UAE residents are exposing themselves to unnecessary risk every time they travel overseas.”