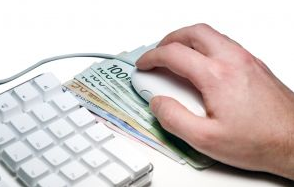 With plans to launch new sites in Asia, NowCompare will increase its market lead.

For those moving abroad, the huge array of health insurance options can be very daunting, which explains the popularity of online comparison sites which do the leg-work for you. And one site in particular appears to be cornering the market, according to statistics released by Alexa traffic ranking this week, NowCompare.com will become the most visited insurance comparison site in the world.

NowCompare, which specialises in expat health insurance, has already become the most visited broker site in Hong Kong. In addition, it saw a 1,000% increase in the number of people using the site in January 2014 over the same period last year.

As the company’s Hong Kong business continues to grow steadily, NowCompare are pushing further into Southeast Asia, expanding their operations into mainland China, Indonesia, and most recently, Thailand.

NowCompare Managing Director, Douglas Ramsay said in a statement, “We expect to take the number one spot within the first quarter of 2014 and our pursuit of this goal is unwavering.”

In addition to comparing insurance plans, the site also helps expatriates find life insurance, and pension plans while they are living abroad.