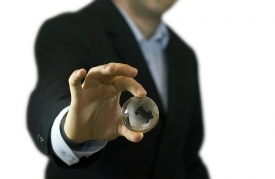 It seems expats are planning better for their move abroad.

Around 345,000 people leave the UK each year in search of a better life abroad, and according to the UK Office of National Statistics, this figure has stayed the same for the last two years. Popular destinations for UK expats include, Spain, France, and Australia.

The New Year triggers a lot of planning and resolutions for the year ahead. So, if you dream of moving abroad, whether to retire in the sun, move closer to family, or simply to start a new life, what are your plans for health insurance?

Moving away from your domestic health provider – the NHS in the UK – will likely require you take out an international health insurance policy. The scope and necessity of such a plan will likely depend on where you are moving.

Without international health insurance, the costs can soon mount up. An appendectomy, for example, whilst each case will be different at the patient level, the surgical costs can vary from £8,000 in the UAE to £25,000 in the USA. In the UK such a procedure might cost £12,000, whilst in India it would cost £5,000 and in Spain, £10,000.

In an example quoted by insurance providers MediCare International, a client who injured his elbow in Hong Kong ran up medical bills of £20,000 once X-rays, treatment, and physiotherapy were all added up. Another client who suffered a fall claimed back £10,000.

All this may finally be sinking in, with four times as many people saying they will take out health insurance before they move, as opposed to waiting until they were settled abroad and looking locally. This is according to a survey, published by MediCare, of their online users.

This news is to be welcomed by health advisers and insurance providers, who for years have emphasized the importance of planning your insurance cover before you move rather than waiting.

“For many years, insurers and the government have stressed the importance of planning before moving abroad. In particular, with healthcare costs rising at average levels of 8%-9%, unexpected medical bills can wreck a move abroad, unless expatriates are properly covered.”