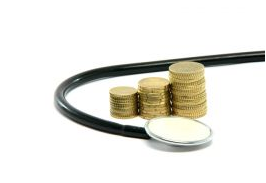 China’s government plans to increase healthcare spending which will make China the biggest market behind the US by 2020.

China has developed as popular destination for expatriate assignments. Its rapid economic growth has also made it a target for health insurers, pharmaceutical companies and companies selling medical products. This looks set to continue as the healthcare market grows in China, according to a report released this week.

The report, from McKinsey & Company Inc.,predicts China’s healthcare spending will triple by 2020. Driven by an aging population and a government plan to extend insurance coverage health spending could reach $1 trillion in 2020. This is up from $350 billion in 2010, as a percentage of GDP this is an increase from 5.5 percent to 7 percent.

If the predictions of increased spending come true it will make China the biggest market globally behind the U.S. by 2020. The United States spent $2.5 trillion, 17.6 percent of its GDP, on healthcare in 2009.

Several global drug producers have hired sales representatives and expanded their product range into China. Times have changed for pharmaceuticals though. Since the early 2000s more complex regulations have made it harder to compete.

“Back in the early 2000s, it was pretty easy for multinationals to grow 25 to 35 percent a year in China,” Le Deu, who heads McKinsey’s Greater China Healthcare practice told Bloomberg News. “To some extent those easy days are over. The going is getting tougher in terms of complexity and requirements for success.”

There will be “a string of major deals over the next few years” as foreign drug companies rush to partner with Chinese producers, McKinsey said. “The days of being able to do it alone in China have ended,” the report’s authors wrote.