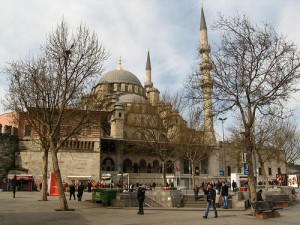 CIGNA's Turkish office will be based in Istanbul

International health and life insurer CIGNA has received a license to sell its products in Turkey. CIGNA Hayat Sigorta S.A., based in Istanbul, will offer health insurance products to individuals. Additional products will be added to the company’s portfolio as it grows.

Our direct distribution capabilities differentiate us and will provide value to the people of Turkey. Our expansion into Turkey demonstrates CIGNA’s commitment to being a global health services company, and our locally staffed team and operations represent our customer-centric approach to the marketplace.

Turkey’s healthcare system is still grounded primarily in a publicly-funded system of state-run hospitals, though private care is becoming more popular due to the higher quality care and shorter wait times available in private facilities. Figures show less than 5%  of the population relies on private health insurance–those who do live mainly in urban areas.

Demand for private insurance (especially as a supplement to state-funded care) is growing, however, so CIGNA’s expansion can be viewed as a play on future growth.