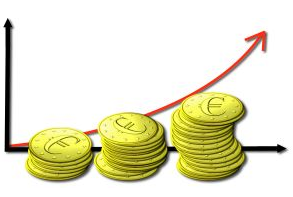 Early results suggest protection business was booming in the run up to the G-day deadline.

Anecdotal evidence told of increased sales in the weeks leading up to the 21 December deadline, reported Health Insurance Magazine. After this date insurers were  no longer able to price products differently for men and women.

The changes to the law will likely result in increased premiums for many women. Insurers took advantage of this to push sales before the deadline, with some staying open until midnight on the 20 December.

This week, intermediary quotation portal Assureweb revealed that it received a record-breaking number of new business applications on 20 December – 786, more than any other single day since it launched in 1995.

In addition to these figures, the portal also saw a 72% increase in comparison requests from advisors in November, compared to November 2011. Royal London life offices, Bright Grey and Scottish Provident have reported a rise of around 25% in their protection sales in the lead up to the deadline.

LV= told Health Insurance Magazine that its CI sales saw a 195% boost and income protections (IP) sales an increase of 210%.

There is a possibility January will be quieter than previous years due to the rush in December and insurers should be prepared for this, warned Mark Anders, sales and marketing director for individual protection at Friends Life.